"57 Years: A History of the Freedom Suits in the Missouri Courts" by Anthony J. Sestric 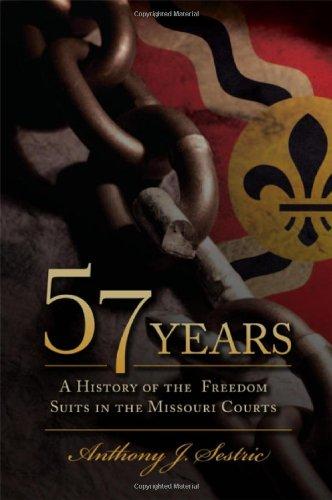 Our next selection is "57 Years: A History of the Freedom Suits in the Missouri Courts" by Anthony J. Sestric. This book chronicles the hundreds of freedom suits brought by slaves against the rich, powerful and entrenched owners in Missouri society.

Tuesday October 11--57 Years: A History of the Freedom Suits in Missouri Courts--by Anthony Sestric
This June, the Freedom Suits Memorial Statue will be unveiled in front of the St. Louis Civil Courts Building. Hundreds of Freedom Suits, filed by slaves seeking their freedom, were filed in Missouri. In many cases, slaves won their lawsuits. Find out more about this fascinating history in this book.